News from the Winterton-on-Sea Parish Council & the village, September 2020

PROTECTION FOR PUPS: Natural England plans to install a fence on the beach between the café and Winterton Ness to protect this winter’s grey seal pups from the public.

ignored warning signs and got too close to the wild creatures. In one case

last winter a pup was chased by children into the sea and died. In another

it was reported that a man had tried to put his child on a seal’s back.

keep people at a distance.

“This is by no means considered a brilliant solution,” she said. “But it is

intended to help the seals have a better season than they did last year.”

Just as people with dogs were asked to turn south towards Hemsby last year, visitors will be discouraged from going north from the café, especially on the beach in front or clambering over the tank traps. But she explained the beach could not just be shut.

Marie Hartley said: “I think there is an element of education here. What we don’t want to do is look as though we are being authoritative or dogmatic. We have to explain it is advisory and why we are doing it. I think people resist being told what to do or what not to do.”

Emma Punchard asked if members of Hemsby’s lifeboat crew might be asked to visit the beach at the busiest times over Christmas to show the public their boat.

Borough councillor James Bensly said the chestnut fencing was great value for money and would help to build up the beach.

Nigel Coe asked whether fishermen would still have access for their tractors and was told they would. The paling fence will have sections removed at the end of the pupping season in early February at the latest so people can get onto that area of the beach, but the plan is for the posts to remain.

children on roll, including youngsters in the nursery. And five more were due to join later

“It’s fantastic that it’s growing all the time,” he said. “That school is absolutely thriving at the

moment, which is wonderful news.

numbers and the lack of a permanent head teacher.

stepped in after seeing the potential to create a residential field study centre, offering

children the chance to learn about the area’s environment and wildlife.

FIRST ON THE SCENE: Volunteer community first responders have been called out to more than 60 medical emergencies in the Winterton, Hemsby and Martham area this year.

Steve Rose told Winterton Parish Council’s meeting last night he wanted to make people more aware of the service that offers someone close by with the skills to stabilise and care for a patient until paramedics arrive.

The former special constable, who lives in the area, said: “I just want everyone to know we are here to help.”

He explained there were three volunteers covering the three villages. Last year they spent 700 hours on call and went to 86 jobs. “This year, with Covid, it has been extremely busy. We’ve had 65 calls.”

Trained in an intensive six-day course and sent out to emergencies by the East of England Ambulance Service, the volunteers deal with anything from heart attacks and strokes, to fits. They are unpaid.

Steve has also been involved in delivering prescriptions, dog walking and other chores for vulnerable people during the pandemic as a member of Winterton Support Group.

CALL FOR SAND: The borough council has been asked to bring in extra sand and pile it at the entrance to the beach by the cafe.

Borough councillor James Bensly, who made the request, said: “The slope has become quite drastic.”

He told Winterton Parish Council it had been done at Hemsby, but he didn’t know what the

authority’s response would be.

PAVEMENT PARKING: The parish council is to consider responding to a government consultation

on proposed changes to law that could see a nationwide ban on pavement parking introduced.

It is one of three moves suggested in the Pavement parking: options for change document.

The others are relying on improvements to the current traffic regulation system which allows local authorities to bring in restrictions, and allowing councils to enforce obstruction laws as a civil matter. At the moment they can only be dealt with by police.

Winterton has suffered serious congestion and parking problems this year and the council has set up a working group to come up with a traffic management scheme to tackle the problem.

Villager Becky Durant urged the parish council to make people aware of the consultation so they could have their say.

“This is a very good opportunity for people to raise the issue and let their views be known and for the Government to listen and, hopefully, do something about it,” she said.

John Smithson said the working group might want to respond.

The consultation was drawn up in the wake of a nationwide review and a survey in which 57 of 68 local authorities reported that pavement parking was a widespread problem in their areas.

It revealed that pedestrians, especially those with visual impairments and people who used wheelchairs or mobility scooters, were most at risk, along with children. Surveys carried out by organisations representing the blind showed 95 per cent of them encountered problems with vehicles on the pavement. The figure for people in wheelchairs was 98 per cent.

The consultation is online here.

The deadline for responses is November 22nd.

SNEAKY SLEEPERS: Campervan and motorhome drivers who ignore double yellow lines and park overnight at the entrance to the beach could be in for an expensive wake up call.

early in the morning. Now the council has asked for some early

motorhome owners from parking in the village were discussed by the

Dawn Clegg explained the vehicles were not generally allowed in the

“Is there anything to try to put them off from coming in?” she asked. “Because there are more and more and obviously they are bigger than a normal car. We are getting an awful lot of them along the green.”

John Smithson said the council knew from its talks with police that campers parking on the street was not illegal.

Marina Carr pointed out both Hemsby and Sea Palling car parks had height restrictions. “There are probably not many places they can go,” she said.

She suggested that when the traffic management working group met again it would be helpful if there were examples of how other places had tackled the issue.

“We know it has been very much a growth area, both campervans and caravans,” said Marie Hartley. “We can’t help but notice the increase. I do think we have to be realistic and realise this is potentially an issue that will not go away very quickly. I don’t think we can dismiss it.”

Nigel Coe said the issue was something for the working group to discuss.

TRAFFIC CONES: The parish council is set to buy 60 traffic cones as part of its plan to ease congestion in the village at peak times.

A budget of up to £500 has been set aside for purchase after councillors agreed in principle.

The council intends to use them on sensitive junctions to discourage people from parking and keep the roads clear.

GOOD TO GROW: Winterton in Bloom has won approval from the parish council to

for disabled people, including the blind. Councillors heard the group had provided a

into the bowls club fence.

which had moved it quickly and offered to pay for any damage.

The bowls club and the cricketers were letting insurers deal with the damage to some of the fence posts. 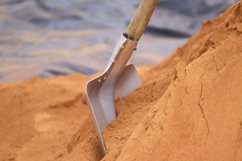 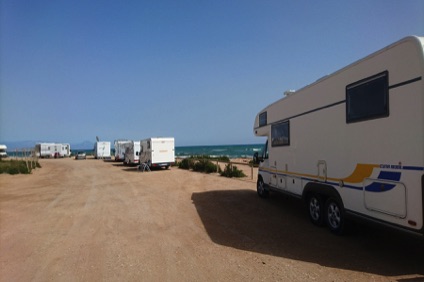 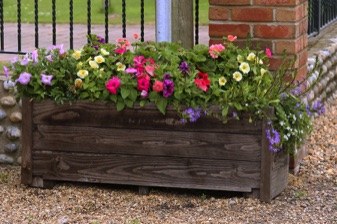