News from the Winterton-on-Sea Parish Council & the village, October 2020

CAFÉ ON A CLIFF: Efforts to protect the Dunes café in its current cliff-edge location may no longer be sustainable the parish council has been told.

Members of the Coastal Partnership East said it would be discussing options with the landowner on the future of the building.

Erosion and savage winter storms have taken their toll on the stretch of beach in front of the café and car park in recent years even though sand and huge Second World War concrete blocks have been pushed into position to take the brunt of the sea’s force.

On Wednesday Anne Casey from the partnership, which is formed by Great Yarmouth Borough Council with North Norfolk and East Suffolk district councils, told Winterton councillors: “I think we feel that if the café was moved back the erosion would come back to a more natural line and stabilise – that’s the hope.

“Whether that actually happens is another question and how far back it goes we do not know.”

The borough council’s coastal manager Bernard Harris said: “We have suffered some more erosion around the café where it has been protected by the owner for some years.”

But he did not think there was enough sand in the beach system to build the area up again and keep the café protected.

“We will be discussing options,” he said. “ I think she is gradually coming round to the prospect that it may be lost. I think the time has come now where it is no longer sustainable and she is going to be looking at alternatives for that area.

Meeting chairman Mark Bobby asked what would happen to the concrete blocks, once part of the coastal invasion defences were in front of the café.

not helping the rate of erosion,” Mr Harris explained. “If the café was moved back

They could be moved to be re-used as defences further along the coast.

Ms Casey said access to the beach was a priority. Sometimes there was a big

the sea overnight. A more permanent easy access was needed.

for Winterton and the protection of the valley.

Following discussions with consultants employed to work on the project it had become apparent that if there was a surge and the sea was able to get through there it would flood north through the valley.

The representatives agreed to return and update the council.

“This sort of information has such a far reaching effect,” said Cllr Bobby. “It is critical and we need to know about it.”

Later in the meeting Marina Carr advised her colleagues CPE had no serious money behind it.

“The landowner has paid for so much and they are relying on her to continue to do it,” she said. “We needs to encourage Great Yarmouth to include Winterton in its costings.”

Coastal Partnership East manages the 107 miles of coast between Holkham in the north and Felixtowe in the south. For more information about its work visit coasteast.org.uk

FISHERMEN’S GATE: A new rope fence installed on the dunes is stopping fishermen

going up to look at the sea conditions before deciding whether to launch their boats.

consulted and they are upset. They have been doing this for generations.

prepared to pay half the £75 cost. “It is about appreciating what they do for the

could pay for the gate.

REMEMBRANCE: People in the village are being encouraged to put up pictures of poppies in their windows to remember the fallen.

An act of remembrance is planned for November 8th under lockdown restrictions. See our Winterton on Sea Facebook page for details closer to the time.

ALLOTMENT PUZZLE: Gardeners in Winterton have been

paying different rents for their allotments without realising the

plots are all the same size.

The parish council made the discovery after John Smithson and

them as part of a proposal to increase rents.

Cllr Smithson, who declared an interest as an allotment holder,

“It will allow us to lookthe after  allotments,” he said. “Some look

A report will be written for the council following consultation with plot holders. 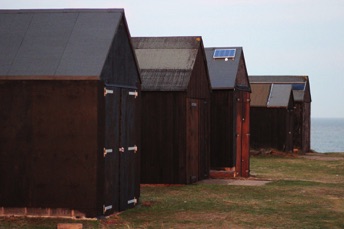 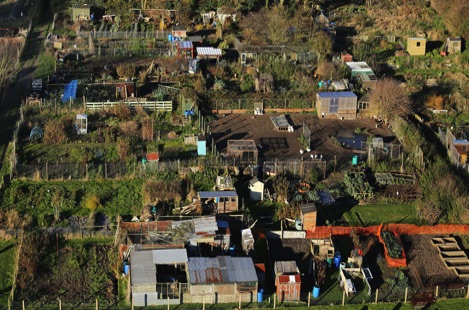