News from the Winterton-on-Sea Parish Council & the village, June 2020

NEIGHBOURHOOD PLAN: The deadline is looming for people in the village to have their say on the latest draft of the neighbourhood plan. Hard copies of the plan and the consultation are available from the post office. The online version of the plan can be viewed here and the online questionnaire here.

seen it to take a look.

There are hard copies at the post office and it is available on the parish council website.

PARKING SPACE: The parish council has re-opened the playing field car park after the

The facility was shut to the public, although cricket and bowls club members were able to use it.

Cllr Marie Hartley said at Wednesday’s meeting: “We were mindful of local public opinion, there were concerns that it is close to homes and about visitors to the village.”

She explained the council had tried to encourage visitors to use the beach car park instead.

But there were local people who used the field for dog walking and the car park would be useful for them.

“There is no reason why we should keep the car park closed. Great Yarmouth Borough Council has taken that decision and we need to follow suit,” she said.

ONE DIRECTION: Signs that were put up around the village during the lockdown telling visitors to stay away are to be removed.

But others pointing drivers in the direction of the beach car park are set to be kept in a bid to reduce congestion, the parish council has decided.

HOLIDAY TRAFFIC: The parish council has been urged to come up with a management scheme to cope with a likely increase in traffic caused by people holidaying in the UK.

Cllr Marie Hartley said it was probably too late to organise anything for this summer, but she felt a one way system needed to be adopted, drawing vehicles down through the village and out along the Craft and studying this summer’s traffic would help.

“We should be able to work out the logistics of how flow will work in the future and we have got a period here that we could actually use as a bit of a pilot to see what works and what doesn’t work.

The parking situation in the village had got worse as the weather had heated up, said Cllr John Smithson. There had been complaints about parking around the village hall, particularly caravanettes that were left there for the day.

drivers went home later that night with parking tickets they might think again.”

coming back into the department.

NOTE: The car park will close at 7.00pm every evening. Please ensure you

return to your car before then to avoid being locked in. It is illegal to park or

AN INCONVENIENT TIME: The public loos could be reopened by the end of July.

The disabled toilet is currently open during the day while the ladies and gents are being given a complete revamp.

The work is part of a major modernisation scheme for the borough council’s seasonal toilets including blocks at Hemsby, Scratby and Caister. But it ran into problems when the lockdown caused difficulty in obtaining materials.

Parish councillor Mark Bobby told colleagues on Wednesday the plan was to finish and re-open one side of the block and then concentrate on the other. He had been told reopening was likely to be towards the end of July.

“The disabled toilet will remain open throughout the time until the

refurbishment is done, borough councillor James Bensly said. “This would

all have been done and dusted if it hadn’t been for Covid. We’re having the

disabled loo and it was an enhanced hygiene regime.

NOTE: The disabled toilet wil be closed at 6.45pm.

ART AT THE BEACH: Plans for a mural on the side of the public toilets are

being discussed with the borough council.

The project, which could be completed in time for next season if it is given

the go ahead, would see artwork depicting local wildlife and would greet visitors arriving at the beach.

Winterton Parish Council would be expected to help with the cost of materials but Cllr Marie Hartley said: “We’re going to end up with a really high quality piece of artwork.

She added the seal wardens and other volunteers would be called on to help.

BENCH REPLACEMENT: A new bench to be installed on the green will celebrate the work of volunteers who were part of a Covid response team in the village.

The parish council is currently seeking costings for the replacement seat. Once it is installed a socially distanced event will be held to recognise the efforts of those who answered calls from elderly and vulnerable folk for help with chores like shopping and collecting prescriptions during the lockdown.

HERMANUS: The beer garden along with a food and drink takeaway are opening to guests and the public on 10th July.

Joint owner Debbie Cox said: “ We are running our business with lots of changes. We prefer phone

appreciate we are not fully staffed.”

“We appreciate your patience and understanding in these difficult times. Thank you for your

The Fish Bar will be opening seven days a week from 14th July.

DUNES CAFE: Mick and Carmel Shiggins, who run the Dunes Café in Winterton and Acle Bridge, have

another café to add to their portfolio. They will opening for business at Waxham Barns very soon.

FISH RETURNS: The Fishermans Return will reopen its doors on Monday 6th July at 11.00am. Cheers!

CHURCH OPEN: Services will resume from Sunday 5th July at 9.00am. No social activities at the moment. Church is open daily for private worship. 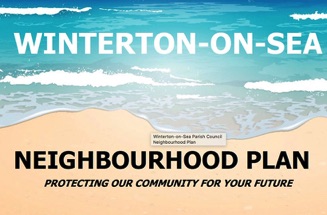 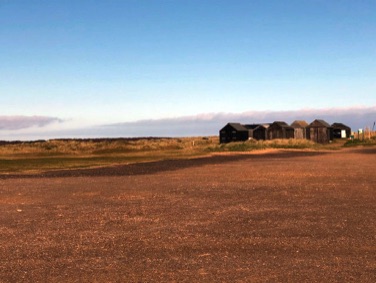 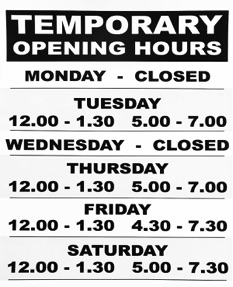