News from the Winterton-on-Sea Parish Council & the village, August 2020

EYE IN THE SKY: A webcam showing queues and a blackboard advising drivers of waiting times for the Beach Road car park have been suggested to tackle traffic chaos in the village at peak times.

They follow a consultation day held by parish councillors earlier in the summer after complaints of bottlenecks and blockages caused by visitors parking on the streets. At one point Coastguard response vehicles were held up as they tried to get to people in difficulty in the sea.

Now the parish council is set to try using bollards to discourage visitors from parking at sensitive junctions in a bid to keep the roads clear.

Chairman for Wednesday’s meeting Mark Bobby said the consultation day followed a meeting with police, highways officials and the car park owner and it gave councillors a chance to see the problems at their peak.

Nigel Coe said: “There was a really good turnout. I was there four hours and somewhere between 120 and 150 people came. We asked people to jot their thoughts down and we had literally pages and pages of them, which shows the feeling in the village.

“We have got lots of ideas including a web cam possibly looking down towards the Coastwatch hut to give people an idea of what the queue is like.”

It was an instructive day, said John Smithson. The traffic problems were confined to a number of days a year and if the council went for a very restrictive approach on parking people living in the village would be affected all year round.

Cllr Bobby said: “I propose that we buy some traffic cones to put in sensitive

areas that are causing concern.”

He suggested junctions. “Then we can put them out when we expect traffic

to be as busy as that. It is a soft approach and it just marks the spots where

we do not want them to park.”

be done. “It is something we can try.”

could also be used.

Dawn Clegg said she had approached people who were parking on the pavements. “They just didn’t want to queue to get in the car park and they didn’t want to pay.

“I think people will just divert and park somewhere else. They do that anyway. Round the village green is getting really, really bad now.”

The unmarked junction at Winmer Avenue was a blackspot. “We’re really lucky we’ve not had a nasty accident,” she said.

The council was also looking ahead to the coming seal pupping season when the village had an influx of winter day trippers.

Cllr Bobby said: “We are on the radar now and we’re certainly a destination for more people.”

There had been a suggestion for a second permanent car park, but he believed that would mean even more visitors.

Marina Carr suggested it might be worth finding out more about the operation at Horsey which used traffic control contractors from Norwich.

FULL HOUSE: The parish council boasts a full complement for the first time in months after two more people were co-opted at Wednesday’s meeting.

But it still might not have a permanent chairman until May next year.

The council has already deferred the election of a leader and a vote is held at the start of every session to choose a meeting chairman.

VILLAGE HALL UPDATE: The reopening of the village hall is a step closer and when it happens sanitisation stations and a one-way system for the toilets will be installed.

people can be in the hall at one time. User will also be required to wear face

signage. A health and safety action plan was drawn up and hirers contacted

to ensure their insurance policies were up to date.

“We are nearly there,” she said. “It is just about when we want to go live.”

The doors could be open within the next week or so.

WATER CONUNDRUM: Work to install a water supply at the allotments could cost more than £4,500 parish councillors have been told – if volunteers can be found to dig in the pipework on the site.

John Smithson told colleagues at Wednesday’s meeting the proposal was to install three dip tanks, but the £4,000 quote by Essex and Suffolk Water highlighted at last month’s meeting would only bring the supply from Back Lane as far as Duffles Pond.

gather a group of allotment holders to install the network themselves.

the supply was installed. Cllr Smithson, who declared his interest as an

allotment holder, said rents were too low and needed to be increased so

the council could maintain the site and reflect the cost of the water.

allotments in Gt Yarmouth and Gorleston.

THORNY ISSUE: A plea has been made for stinging nettles and brambles to be cut back on a popular path to the dunes.

The route alongside James Gray Close has become badly overgrown in recent months. Borough councillor James Bensly told the parish council meeting on Wednesday that he would chase the issue up with the authority.

Cllr Marina Carr said some living in the close were not keen on the idea of the path, although residents might have maintained it in the past.

MEMORIAL BENCHES: The parish council is to consider drawing up a policy on memorial benches in the village after receiving requests from members of the public who wanted to pay for them to be installed.

The council has already used the replacement of one damaged bench to acknowledge the community effort during the Covid-19 lockdown. But now offers of funding for more benches to commemorate people have been made.

Chairman for the meeting Mark Bobby said the council needed to look at a policy because it could not just put them in anywhere. The council will also look at planters as an alternative.

PLANTER PLAN: Winterton in Bloom wants to install planters on the village hall green that will offer a sensory experience for people with disabilities including sight loss.

Parish councillors heard the suggestion had backing from the village

group if they were prepared to help fund it.

to fund planters instead.

areas where it had responsibility. “We do support them in that respect and

it is a considerable amount of money,” he said.

group could explore, especially those that supported mental health aims.

Cllr Bobby said the council would look at the group’s plan to manage the planters and advise on how it could get funding from elsewhere. 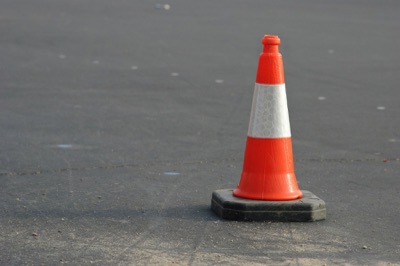 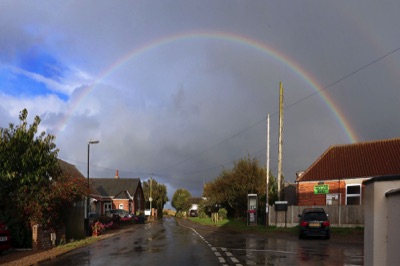 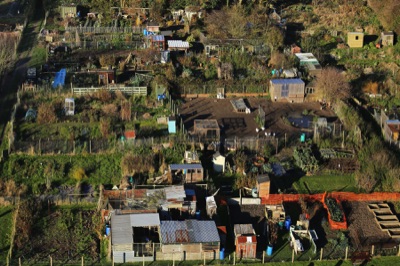